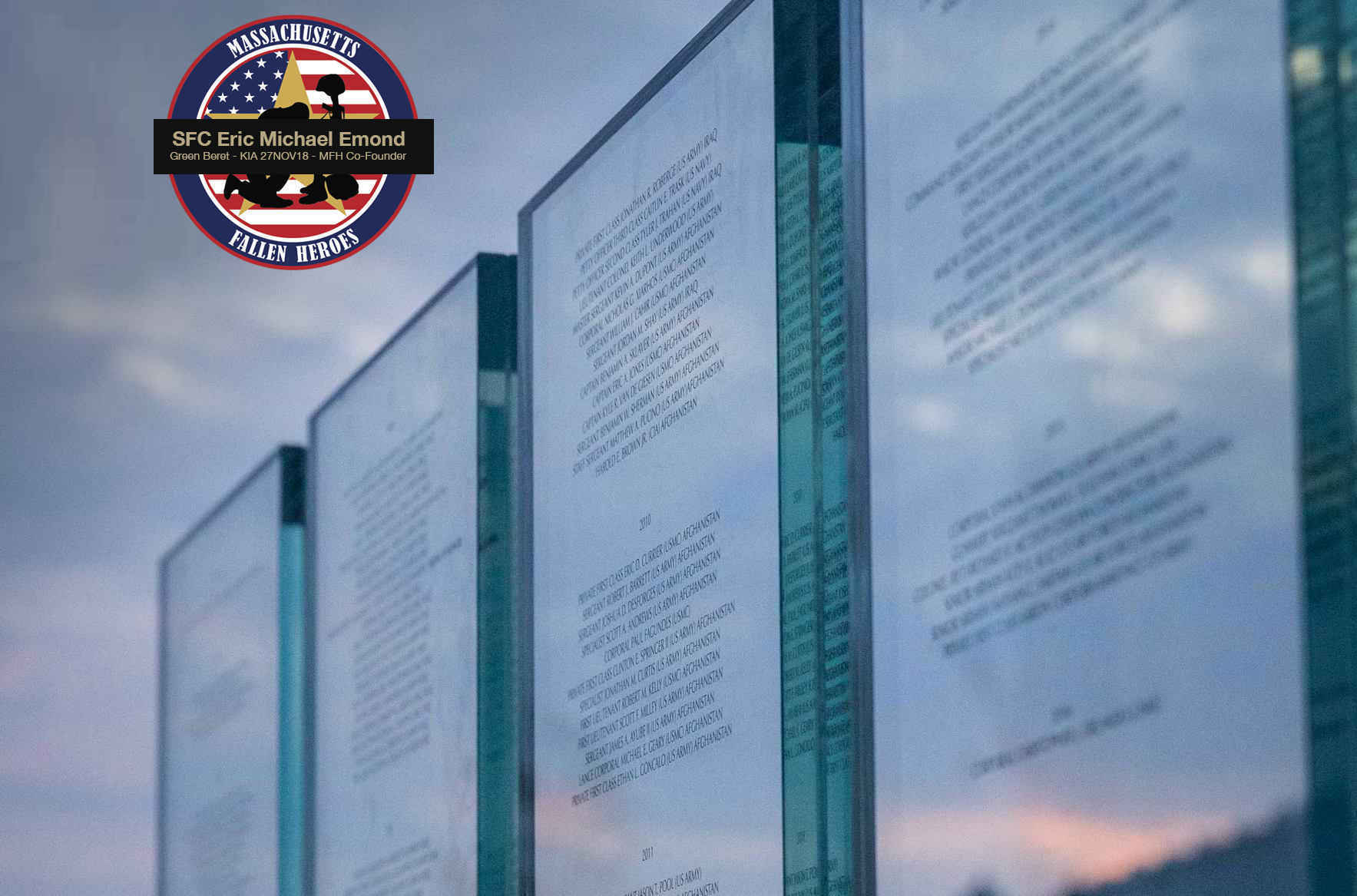 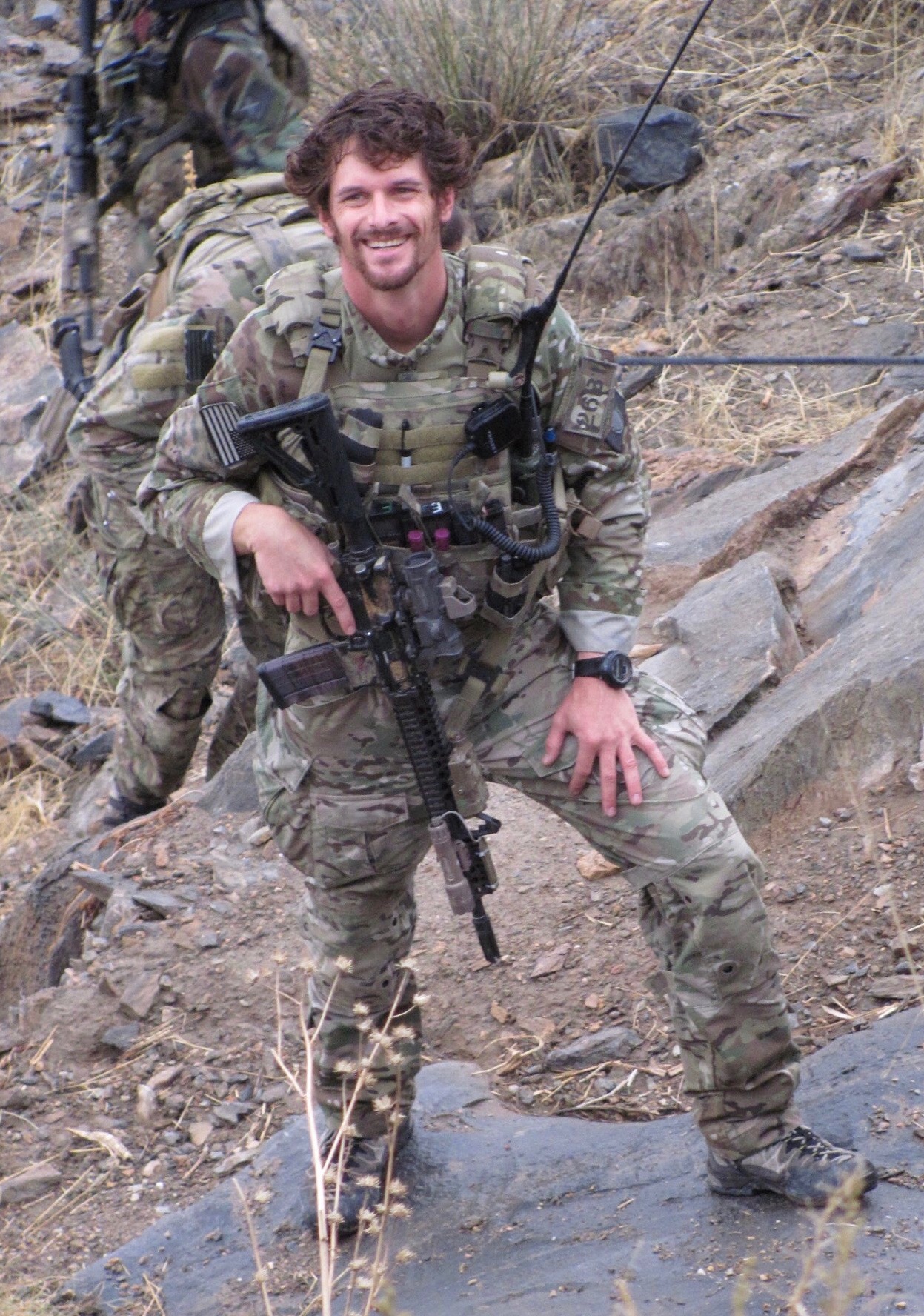 Eric was a part of Massachusetts Fallen Heroes from day one. He was in the room at Florian Hall developing our mission, creating our logo, and ultimately, designing our memorial from the back of a napkin. This organization would not exist if it wasn't for Eric's commitment and dedication, along with the support of his wife, Allie, and sister, Laura.

From the beginning, the Massachusetts Fallen Heroes' mission was to Honor the Fallen and to Support and Empower Gold Star Families and Veterans. Eric was closely connected to the Gold Star Family community; he proudly fostered those relationships and built that network within the organization.

Sadly, our mission has become all too real. Eric and the Emond family have become a part of our Gold Star Family community. We will honor him, as we have the other brave men and women on our memorial, through our programming. We will care for his family as he did for all Gold Star Families.

Eric was a tried and true Patriot. He is our brother and it is our Duty to do what is best to Honor, Support, and Empower the entire Emond Family. Eric served seven tours in America's longest war, in both Iraq and Afghanistan. He dedicated his life to his beautiful wife, Allie; his three children; and his country.

The community has reached out to support the Emond Family and we are dedicated to coordinating those efforts.

Massachusetts Fallen Heroes would not have become a reality without Sergeant First Class Eric Emond and now it is our duty to Honor his family.

While Network for Good is the preferred method of contribution, checks may be mailed to: